Our school logo is the letter B for Broomfield. The head of the horse was chosen as the school is built on a site which used to be a racecourse. 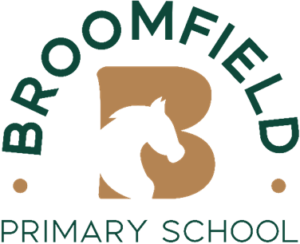 Over two hundred years ago, Northallerton Racecourse was the place to be, with people travelling miles to attend events. When the railway was built in 1841 even more people were able to attend. Sadly, as the racecourse got busier and busier, it couldn’t be expanded due to the railway being so close and the last meeting was held on 22nd October 1880. County Hall was eventually built on the site of the grandstand and our school was built in 1970 on the old racecourse.